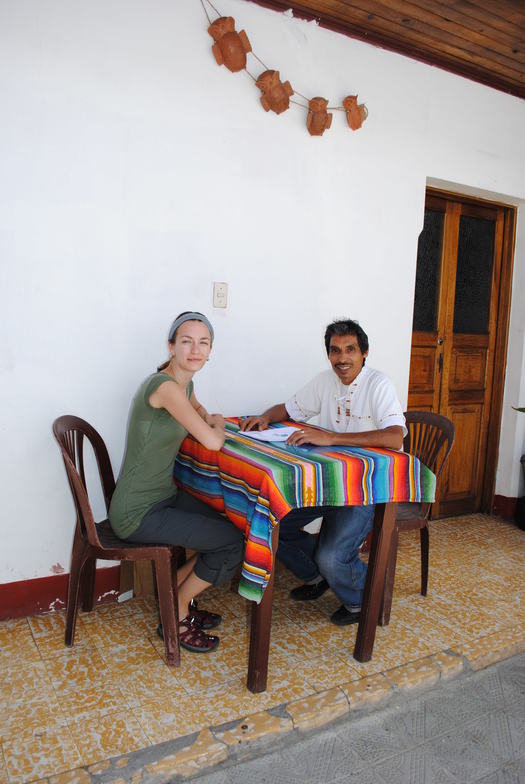 Latinoamerica Spanish Academy was established by José Sánchez Corado in 1987. Mr. Sánchez began teaching Spanish as a second language in January in 1980. At the end of that year he established his first Spanish school. After quitting that school, from 1982 to 1986 worked as a Spanish teacher in different schools in Antigua Guatemala.

During those years, he was a current student at the School of Communication Sciences at San Carlos de Guatemala University in Guatemala city. As a part of the pensum of studies he took courses of linguístic, Latin, Spanish language, advertising (commercials) for radio, newspapers and television. These courses helped him to have a better understanding of languages, such as their origin, development and evolution.

During 1982 Mr. Sanchez worked for the Oil Company ELF in the northern Guatemala as a Spanish teacher for the highest executives of the company and he was interpreter Spanish-English, English-Spanish for the company.

With this knowledge and the experience acquired is his years as a Spanish teacher at five or six different Spanish schools, Mr. Sanchez decided to start a new project, and thus Latinoamerica Spanish Academy emerged in February 1987.

In 1993 he traveled for personals reasons to Managua, Nicaragua where he worked as Spanish teacher at the American Embassy for the diplomatic and their relatives

In 1994 he returned to Antigua Guatemala city and he introduced some changes to the method of teaching Spanish.

From 1996 to 2001 Mr Sanchez was a Spanish teacher for the diplomatic at the American Embassy in Guatemala City.

With all the experience acquired and understanding the needs of the Spanish students Mr. Sanchez has created his own materials. At Latinoamerica Spanish Academy we understand the needs of every student who come for one or two weeks or three months, who come to learn Spanish for travelling or working at the countryside or at the city. Our materials are unique and our students know it. We make a real difference among the schools in Antigua, Guatemala and other countries that offer Spanish courses as Mexico, Costa Rica, El Salvador, Nicaragua, etc.

Eighty per cent of the students who check the different options in Antigua to learn Spanish make the decision to join us and they have said that the materials designed by Mr. Sanchez are unique.

For this reason our slogan is: Quality is never an accident, it is always the result of an intelligent effort.